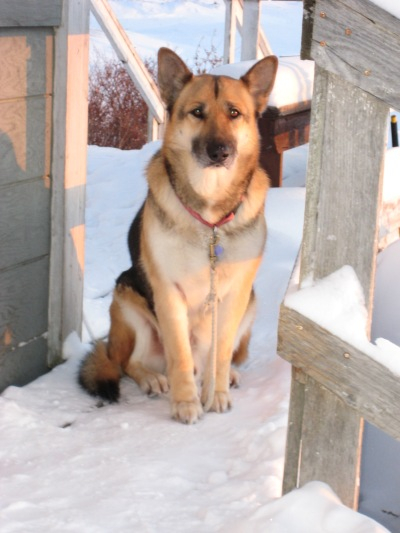 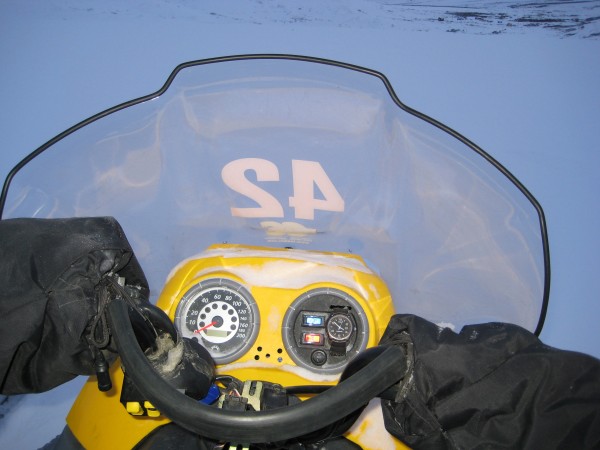 The Panel of the 2007 Tundra 300F. Note the switch console has been moved to the lower part of the handlebar. I can see it there, even if I have to take my hand off the left grip to reach it. I want to add night illumination to it.

Note the wristwatch on the panel. This is a Timex Ironman with velcro strap. I mounted in the now disconnected reverse/hi beam insert. I made two slots for the strap and velcroed it together in back.

Note also the mountain strap, a genuine SkiDoo item. It is worth its weight in gold.

Location: Somewhere in the back hills... 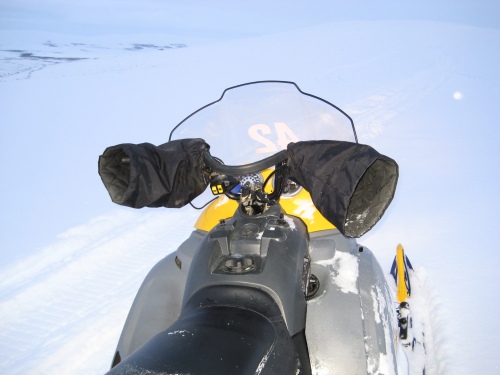 Bleak trail somewhere in the back hills. Weather poor with winds and colder than a well digger's arse.

Location: Somewhere in the back hills 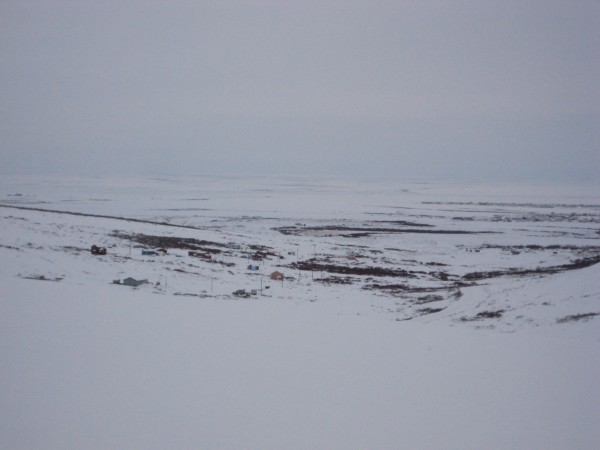 View of where Ramon lives. His cabin is down there somewhere. Weather was not too good when this was taken from Newton hill about 1000 feet up. In the distant background is Nome and the frozen Bering Sea. 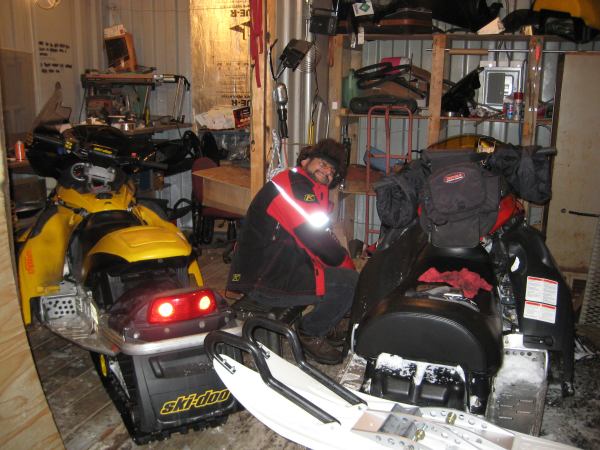 Here is Kenny Shapiro with a shit-eating grin. He is working on his Summit Fan 550F. He is grinning because he thinks his machine will be able to follow the Tundra in the nasties. (It didn't, but he can sure outrun and out highmark Ramon!

His short track MXZX 550F is behind him as well.

Ramon's shop is merely two 20-foot container vans joined side by side with a cutout between the two. Uninsulated, but with a 100,000 BTU counterflow oil furnace and twelve 100-watt incandescent bulbs, which - unlike Fluorescents - come on when at -40F.

Update 2019! The shop now has 11 LED bulbs instead of the incandescents. These screw into the same socket, use 11 watts each instead of 100 watts, and give off somewhat better light. They also start up at -40F.

The furnace nozzle has been replaced with a 60,000 unit. 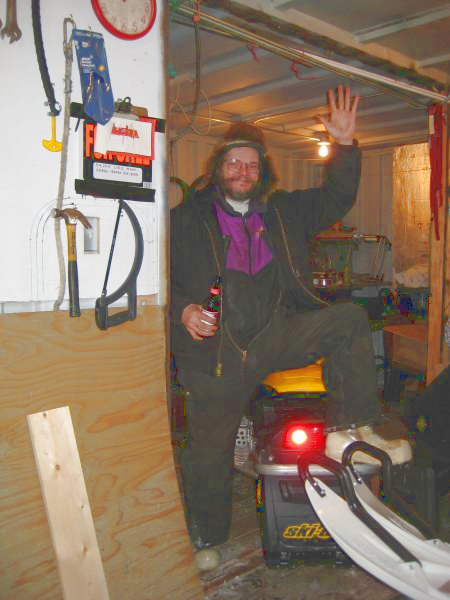 The Finlander never is too far away from a beer! He helped Kenny with the Summit. Didn't help, the Summit cannot follow the Tundra in the Nasties.

Note the white USI 2X skis. These are excellent skis, and wide enough to go into deep snow. Ramon says he is going to steal them for a day's ride to compare them to the Pilot 6.9's he has. 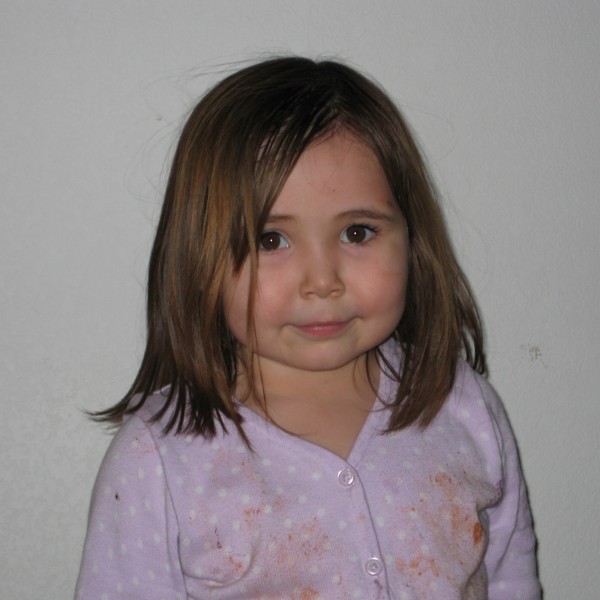 Granddaughter Kierra Gandia, aged 3. She is Kandie's daughter ... and Kandie is Ramon's daughter in Law. I introduced this little girl to Pumpkin Pie and Whipped Cream on Thanksgiving 2007, and now she is my best friend!

Unlike most children her age, she will eat anything ... and a lot of it! Very easy girl to keep happy and fed. And ... she is absolutely adorable. She has a brother and two other sisters, all equally nice, but fussier eaters.

For readers outside Alaska ... this is what Eskimo children look like, and they are just as pretty when they grow up!